Jacob Freydont-Attie (editing in his studio), known as Jake among his friends, undertook a three year project on his own regarding personal connections,

financial support and labor to address climate change, “the most difficult and important issue of our times”, in his words. Through the lenses of 13 interviewees, chosen due to their “unique, serious, and established perspective on the crisis”, according to Jacob, he knitted together a strong and lyrical narrative. The ‘talking heads documentary’, as Jacob labeled it, is an “intellectual art-project”, in his own words, which gave him a profound sense of accomplishment. On May 1st, his documentary will have a World Premiere. Jacob is excited and considering a street poster campaign in Los Angeles, CA. More about the documentary can be read and seen by clicking here. The following in-depth interview was done by email and images and photographs were provided by the interviewee.

I felt my job was to distill their work and present it as succinctly and honestly as possible, while also trying to make the film as engaging and immediate as a talking heads documentary on climate change can be.
The filmmaker Jacob

Blog – Your documentary presents to the general public a sense of urgency, a need for acting towards transforming society, combined with a sense of ethics: less greed and less consumerism. Is this the message you were planning to send? If so, could you explain how and why you find it important? If not, what is your message?

Jacob – My purpose in making The Cross of the Moment  was to deepen and broaden the public dialog on what I see as the most difficult and important issue of our times; the survival of our planet under assault from man-made climate change. I’m not sure it can be distilled into a simple, single message though. Many important points are raised in the film; the severity of the crisis, the need to address the fundamental flaws in the capitalist model that have led to this situation, the dynamics between population and affluence and climate change, the looming probability of the collapse of civilization. Taken together maybe the message is that if we are going to find a solution we need to stop compartmentalizing and diminishing these issues. The focus of the film is not really on solutions, maybe that’s the next film, but more on finding a truly accurate assessment of what is really happening on planet Earth right now.

Blog – The Cross of the Moment  brings to the screen 13 interviewees from scientists to social and political professors. How did you select them? Did you use any kind of criteria? Was it difficult to convince them to be filmed and interviewed?

Jacob – The film was conceived around the chapter structure that remains in the final project. I mostly took on one subject at a time and as I did, my research started compiling lists of potential interviewees. A few people were reached through personal connections, but the majority I contacted through email initially. The criteria for me was always that they had a unique, serious, and established perspective on the crisis. I also looked for people I thought could bridge at least two of the subjects the film addresses. I did have to deal with many rejections, which is always difficult. I wish I had been able to include more women in the conversation, but unfortunately, many of the women I attempted to contact proved less receptive to be interviewed by a strange, unknown filmmaker.

Perhaps in the long-run The Cross of the Moment will just be another marker-stone of our demise, but at least during the creative process I felt like I was doing my part in this struggle.
The filmmaker Jacob

Blog – Your documentary will have its World Premiere on May 1st at the International Film Festival North Hollywood. What are your expectations? What are your plans after the Premiere regarding getting your movie seen as much as possible? Are you trying to get it on Netfix or Amazon or something different, for example?

Jacob – I’ve really tried to embrace new media and the internet distribution model for this film. I’m excited for the premiere, it will be the first public projection in a movie theater for the film, but it is, of course, already available for viewing free on-line on Vimeo. My goal with this film is not to make money but just to get as many eyeballs on the film as possible. It’s liberating for a filmmaker not to be trying to make money with a project; to be able to focus purely on the message without commercial compromise. Towards that end, I mostly promote the film through social media, though I’ve been considering a street poster campaign here in LA. The film festival route is very tied to the limitations of the physical celluloid medium, I’m more interested in getting a good blog mention which has the potential to reach many more viewers.

Blog – Between your first movie – String Theory – and your most recent work – The Cross of the Moment – there is a time span of 16 years. When did you decide to shoot The Cross of the Moment? How long did it take for recording the interviews and for editing them in this strong and lyrical narrative on Climate Change? I am curious to know how long you were actually in the studio in order to editing the statements of each of the interviewees, combining, and transforming them into a cohesive narrative.

There are no easy answers to the climate change problem, but at least even that understanding is an important first step.
The filmmaker Jacob

Jacob – The Cross of the Moment  was about a three year experience for me. The first year was mostly reading, research, and contacting interviewees. Once I had a few interviews on a subject done I would immediately start editing them and playing with different cuts and different ways to present the information. I eventually settled into a workflow with the interviews I found effective and satisfying. Because the format I chose was so simple I was able to do all the editing myself (unlike String Theory for which we used a professional editor). Throughout the process, I was very committed to this idea of a nearly pure talking head format and the final product is very much what I imagined from the beginning, though some of the subject matter shifted slightly. I had many friends who helped me, but part of the simplicity of the format comes from my need to have total control of the final film. From conception to final product, I considered this an “intellectual art-project.”

Blog – Speaking about investment and expenses, was The Cross of the Moment a low cost movie? Did you operate under a grant or did you have any financial support to shoot it?

Jacob – The film was made for very little money, mostly equipment and travel costs. My friends worked for free, or food, and I was able to devout large amounts of personal time to the project. I entirely self-funded the film.

Blog – Would you, please, add any comments or statement you would like to say about the work you did on The Cross of the Moment.

Jacob – I really enjoyed the process of making this film. It was definitely a privilege to sit down and talk with these very interesting and informative thinkers. I felt my job was to distill their work and present it as succinctly and honestly as possible, while also trying to make the film as engaging and immediate as a talking heads documentary on climate change can be. I think there is a frustration many of us concerned with climate change share, which is the inability to make a difference. Perhaps in the long-run The Cross of the Moment  will just be another marker-stone of our demise, but at least during the creative process I felt like I was doing my part in this struggle. There are no easy answers to the climate change problem, but at least even that understanding is an important first step.

To climb these coming crests
one word to you, to
you and your children: 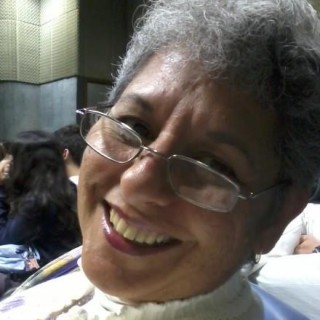